Lobbying in the U.S. Capital

On Wednesday September 12, one day after their LEAFHouse Celebration, and one month before the beginning of the competition, members of the University of Maryland team descended upon the U.S. Capitol for a day of lobbying on behalf on the team and solar energy.

Student team leaders Nick Venezia and Sam McGlone and new recruit Dan Mehrez were accompanied by faculty adviser Amy Gardner, mentor Peter Kelley, and University’s lobbying office’s graduate assistant Alankar Bandyopadhyay. They came to the Hill with the twin goals of inviting members of the Maryland congressional delegation to visit LEAFHouse on the Mall and encouraging the delegation to support extending incentives for solar energy that will help the solar industry flourish.

The day began in the offices of Representative John Sarbanes in the Cannon Building at 9:30. After a short break for breakfast, the team walked to the Hart Senate Office Building, where they met with the aide to Senator Benjamin Cardin. Following that session, they were off to the Rayburn House Office Building, where a quick succession of four meetings with staffers of Representatives Elijah E. Cummings, Wayne Gilchrest, Roscoe Bartlett, and Albert Wynn, took place.

The team then finished up the day in the Longworth House Office Building, where, joined by team leader Jacob Cigna, they met aides to Representative Christopher Van Hollen, Jr. and House Majority Leader Steny Hoyer, who is also College Park's representative.

At 5:30, after eight hours spent discussing the ecological impact of global warming on Maryland’s Chesapeake Bay, describing the economic and environmental benefits of solar energy as displayed in LEAFHouse, and lobbying on behalf on a solar tax credit soon to be debated in conference, the team returned via metro to College Park, confident that they had moved toward accomplishing their goals and committed to continuing their efforts.

The team hopes to return to the Hill during the competition, with members of other teams who can lobby their own Congressional delegations, in order to ensure that the solar tax credit is extended.

Many thanks are due to Rae Grad and Alankar Bandyopadhyay for arranging the eight meetings, and to Peter Kelley for guiding the team members through their first lobbying effort. 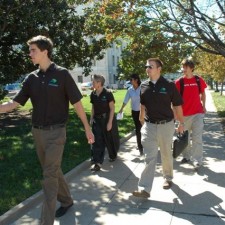 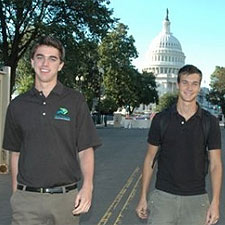 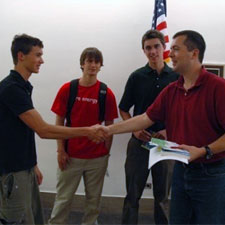 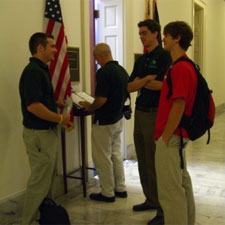 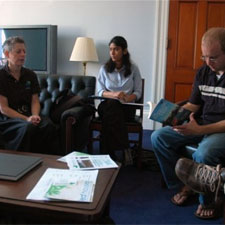 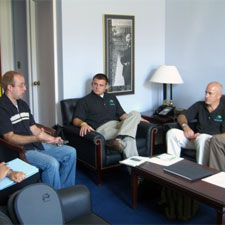 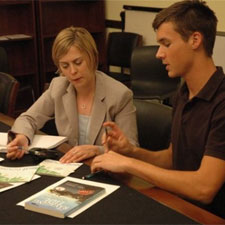 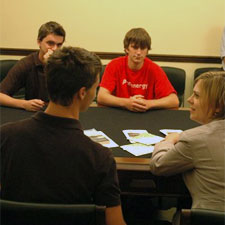